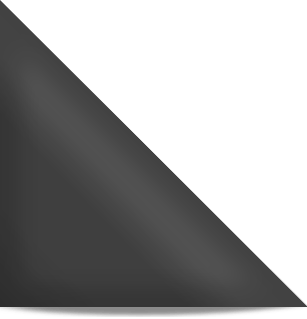 The first decision for the Patient Protection & Affordable Care, otherwise known as “Obamacare”, has been made for the state of Tennessee. The deadline for the states’ decisions was set for Friday, Dec. 14 to tell the federal government of their intention either to run their own insurance exchanges, partner with the HHS on a joint exchange, or totally defer to a federally run exchange.  According to a national count by The Associated Press, 18 states, including Tennessee, have deferred to a federal exchange, 17 are creating state exchanges, seven are joining state-federal partnerships and eight remain undecided.

Exchanges are new online markets where consumers will be able to purchase individual private insurance policies and apply for government subsidies to help pay their premiums.  It is estimated that there are about 30 million people around the country who are expected to gain coverage under the law and the new exchanges. The rest will be covered under Medicaid. About 982, 000 people are uninsured in the state of Tennessee.

Gov. Bill Haslam announced this week the decision to opt out of the health insurance exchange business and defer to the federally run exchange. The governor notified U.S. Health and Human Services Secretary Kathleen Sebelius that “Tennessee will not be pursuing a state-based insurance exchange”.

The governor claimed that the decision was reached largely due to the federal government not providing enough information about what the states would be given to operate their own exchanges. “I know if given the proper latitude Tennessee could operate an exchange in a more efficient and cost effective manner than the federal government. However, after studying all of the guidance we have received to date — including the more than 800 pages of draft rules issued since the November election — it has become apparent that the federal government is calling all of the shots and has important decisions still pending,” he wrote Sebelius.

“This is a massive federal program to be implemented across millions of individuals, and the amount of information and data that we have about it —or the lack of that — is scary, quite frankly,” Haslam said in a speech to the Nashville Rotary Club. “I’m more and more convinced they’re making this up as they go,” he said.

The state of Tennessee’s analysis for the exchange provided by the state’s top TennCare administrators, detailed pros and cons of each option for the exchange which included a 3.5% surcharge onto health insurance premiums of plans purchased on federal exchanges and federal control of Medicaid and Children’s Health Insurance Program eligibility procedures.

But, the exchange issue is not the only major decision that the states face. Under the Patient Protection & Affordable Care Act, the federal government is also asking the states for the decision on whether to expand the TennCare/Medicaid program to people with incomes up to 138% of poverty level. There is no deadline set for this decision.

This second decision for Obamacare on Medicaid expansion, which is set to go into effect Jan. 1, 2014 for states that choose it, will be watched closely as the Medicaid expansion is a more critical issue to Tennessee’s hospitals and other health care providers and will have a great impact on state finances.

Haslam said a decision on Medicaid expansion may not come until after the Legislature adjourns this spring.  The Republican governor said he remains undecided about whether to expand Medicaid. “The expansion does not have that timeline, but to be fair to our healthcare providers, we’re going to try to do that as quick as we can,” Haslam said.